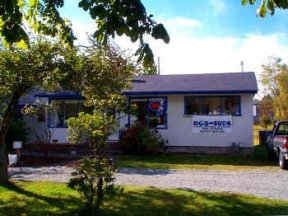 Dog n' Suds started out in 1999 as a small grooming salon in a very small shop. Before long, pet owners were asking founding owner Daria Holmboe if their dog could stay and play with their other doggie friends; and the daycare was created! Within a very short time it became clear that bigger facilities were needed and the property at 2209 Wilgress Road was purchased.

Originally, 2209 Wilgress Road held a small, converted house that had to accommodate grooming, daycare, and U-Wash facilities. The teeth cleaning facilities weren't even in the building yet; they were housed in a small cabin that was built on the property!

Growing demand for daycare and grooming resulted in the 2012 demolition of our little house and the construction of the new Dog n' Suds facility.

During the summer of 2012, the Dog n' Suds staff continued to offer services from a nearby warehouse that we converted to hold grooming, daycare and teeth cleaning facilities, while out new building was being constructed. Although we couldn't fit the U-Wash in there, to the chagrin of our regular U-Wash customers. Everyone breathed a sigh of relief when time came to move into our new building, where we now have all our services under one roof! 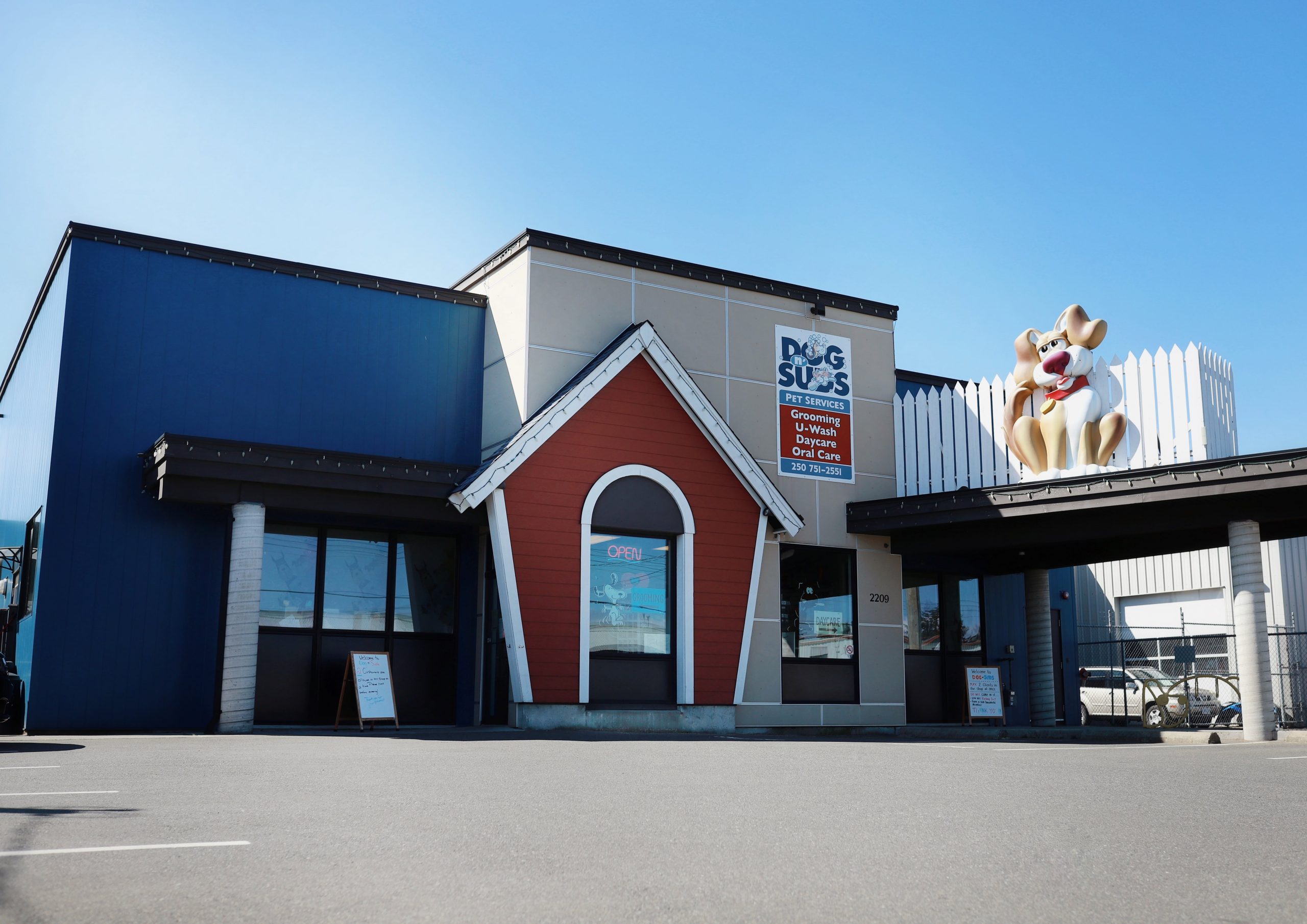 Dog N' Suds is now operating out of a facility that fully accommodates all of the services we offer. Our new location has ample room for daycare, grooming, teeth cleaning and the only U-Wash for pets in Nanaimo. We are also proud to offer for sale locally made pet treats, canine equipment and novelties.

Don't forget to say hi to 'Dennis', the Dog n' Suds mascot. He was originally born out of a whimsical sketch made on the drawings of the proposed new building. Daria liked him so much, she hired Dale Schultz of Dasch Studios to create him. He lives on top of the Dog N' Suds roof and is considered a piece of community art.

*Teeth by appointment only